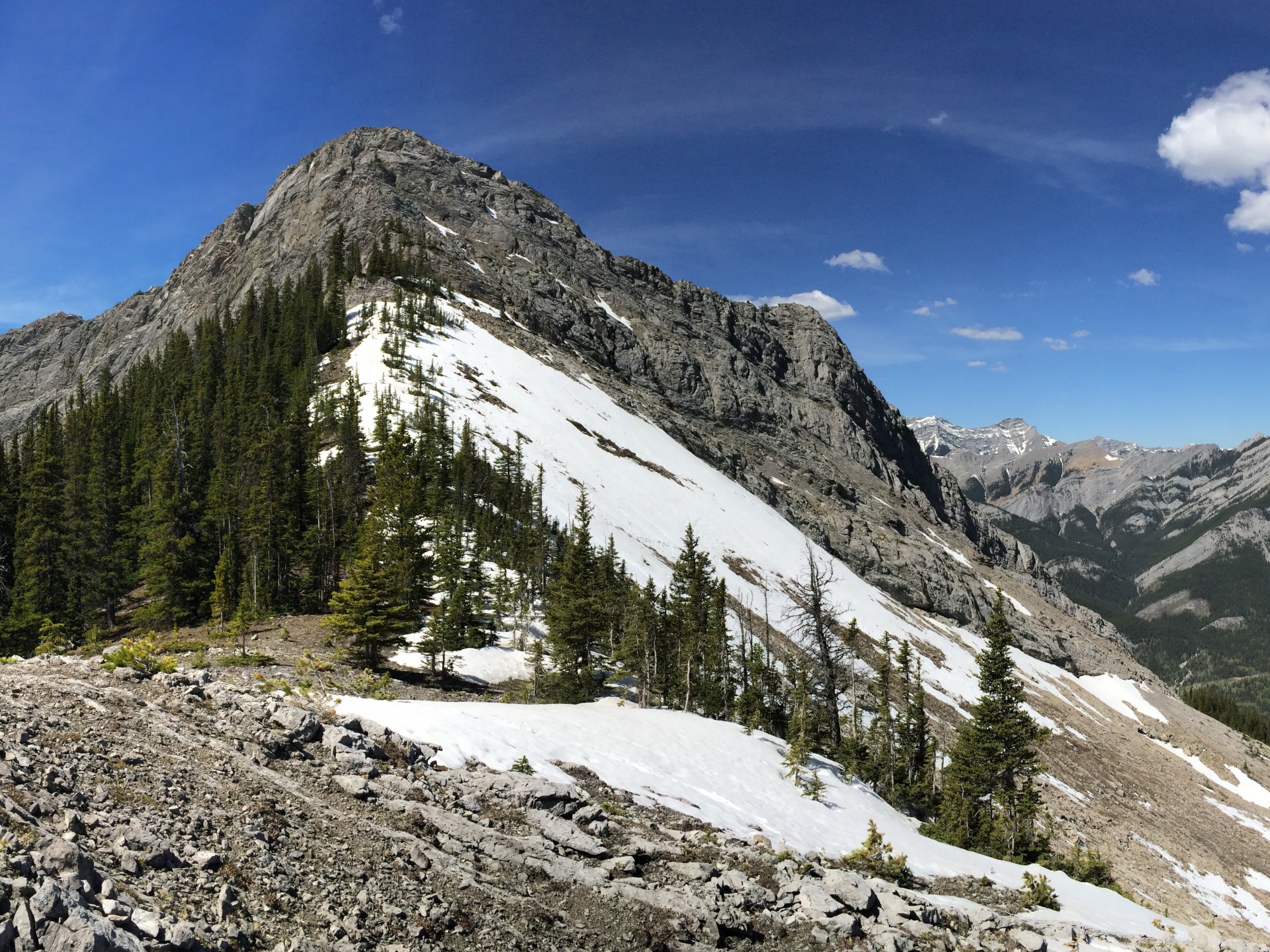 The hike started out from a washed out creek. The path wasn’t over clear but once we got above the rocky cliff, it was a very well travelled path.

It wound nicely through the forest and gave spectacular views of cliffs, mossy hillsides, and a dry creek. It climbed a bit but nothing like Lady MacDonald.

When the forest broke, the hike upwards began. It was considered an easy scramble but difficult in sections. There were times when the incline was extremely steep.

When we reached the saddle, we had lunch and decided to stay up there for a bit. It was full sun and no wind. A very nice, hot day for a hike! We didn’t encounter any ticks either (yay).

The group stayed on the saddle and I decided to explore a bit. I started making my way to Midnight Peak. The cliffs were a true difficult scramble. Vertical and crumbling rock made it hard to climb but very rewarding (and fun)!

I made it about half up the rock face and took a few pictures. I didn’t feel overly good leaving the group down there. I made my way back down and regrouped.

Our descent was fairly easy and quick. It only took about an hour to get down to the forest trail. There are areas for scree skiing, but it was hard to get going.

There were lots of volcanic rock strewn about (or very porous sandstone).

It was a nice hike and scramble. Next time, I will do the Mount Baldy ridge on the way up and this way on the way down.